I am very excited to announce that we have released FlexRule Version 6. The purpose of this post is to describe the highlights of this release. 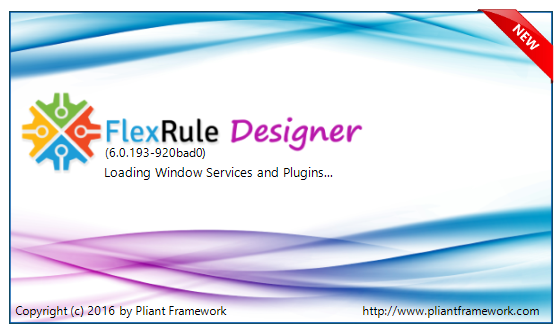 Performance: We worked hard to improve the performance of business rules and decisions execution. In Version 6, performance has been improved in several areas and we have managed to speed up execution by thirty percent.

Monads are the core of FlexRule. These enable you do to more with less. In Version 6 we continued to improve and add more monadic operators in order to allow you model your declarative data logic. And we added new operators to read and enrich XML sources. In Version 6, XML manipulation is supported natively.

Reusability of logic has been always a major goal of FlexRule. Version 6 enables you to reuse different types of logic and call one from another seamlessly with just a drag and drop action!

UX is centre stage in Version 6 development. When you use FlexRule Designer, you will see how easy it is to use and find information, rules and models. In fact, Version 6 boasts more than fifty enhancements!

Decision Model and Notation (DMN): FlexRule was one of the very first vendors to adapt this decision modeling standard by introducing both Decision Table and Decision Requirement Diagram (DRD) in Version 5. Now in Version 6, we have introduced Boxed Expressions.

Impact Analysis and Refactoring capability allows you to find the usage of every single logic document, terms and their dependencies in a project. And when a change is applied to one of them, the dependent documents and/or terms will be updated automatically.

Other new features like Dynamic Routing in Flow, Sub-DRD, the new popup suggestion box, debugging capabilities and so on, will definitely enable you to model more dynamic logic with less effort.

Just go to our download page at http://download.flexrule.com and start testing FlexRule Version 6.