What it is new?

This release version is all about usability and simplifying writing rules.

There are two major improvements in writing validation rules.

Because of the way validation engine works, writing big conditions that applies Boolean operation on expressions makes a very big hierarchy that is hard to understand.

By introducing this “Group” command this hierarchy can be simplified and be written in series of check and then boolean operation applied at the end.

In the following validation rule, both logic section are implementing the same condition however one is using group and the other one is not. 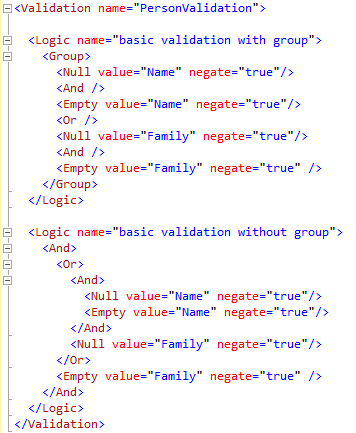 The other new feature in this release is introducing a Domain Specific Language (DSL) for validation rules. Xml based language makes a lots of noise which sometimes makes it hard to understand what the rules is all about.

Using this natural rule language may be another way if you feel the pain when you defining rules in validation engine. 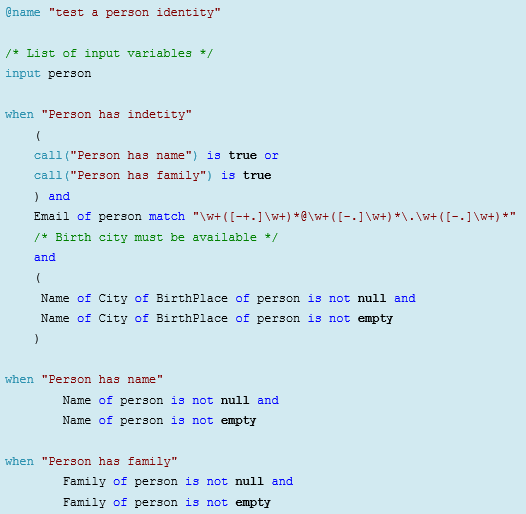 To find out more download the new version and enjoy!